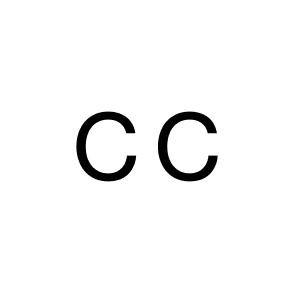 We Do Absolutely Everything
What. Ever. You. Want.
Since 2020.
AboutProjectsNewsContact

We Do Absolutely
Everything
What. Ever. You. Want.
Since 2020.

Racism is Insidious. It can be Defeated.

“Race doesn’t really exist for you because it has never been a barrier. Black folks don’t have that choice.”

Every minute of every day, Black people suffer the brutal indignity and degradation of systemic oppression. The evidence clearly shows Black people have been persecuted at the hands of white supremacist structures for centuries, and continue to be so. The murders of George Floyd, Ahmaud Arbery, Breonna Taylor, Tony McDade, as well as other countless incidences of racially motivated attacks and harmful propaganda against Black people, are examples of the life and death situations relentlessly inflicted upon the Black community.

To fix the problem we have to acknowledge the problem. Racism is still an international issue that is exacerbated when those with power intentionally divide us for their personal and political benefit. Though many of us have the privilege not to experience it, racism is alive and active on many corners of the world, including the UK which has an extensive record of subjugation and systemic racism – as demonstrated by: Black applicants needing to send 80% more applications to get a positive response from an employer than a white person; Black, Asian and minority ethnic workers being paid between 17% to 37% less than their white counterparts; the persistent negative portrayals and misrepresentations of Black people and minorities in the media; the miseducation of British colonial history; the disproportionate number of Black people dying from COVID-19 ; the disproportionate number of Black people in prison ; the disproportionate number of Black people dying in police custody ; the litany of micro-aggressions, overt aggressions and indignities that Black people suffer daily.

We know that it’s not statistics that change the world, but stories. Communicators and storytellers have the opportunity to reform the narrative and thereby move hearts and minds in ways cold numbers cannot.

We must use our work and influence to collectively fight the negative, degrading, harmful stereotypes of Black people propagated by the advertising, media, news, film, television and entertainment industries.

Change begins with a historic self-reckoning of the systems upheld, the conversations, confrontations and questions avoided, and the abuse of power that’s been enabled.

As this moment catalyses self-education, listening, learning and action, we realise we will not have the right solutions as quickly as we want them, but our pledge is that we will make actionable short-term and long-term steps that we can activate on. We each have the power to confront white supremacy, by educating ourselves about the ways racism manifests, by interrogating our own actions, and by committing to change. It is our responsibility to learn, reflect, and help to build a fairer world. Please use the following resources to contribute to the collective goal of defeating racism. Please share any thoughts and suggestions with us.